Honor and Hope Gala is our second major fundraiser. Formerly the Man of the Year and Scholarship Banquet, CIACO has altered this format to not only award scholarships to deserving students (Hope) but also to Honor wounded heroes. Funds are raised by selling various-sized ads in the Program Guide, or in the form of special sponsors. Revenue from this event contributes to our operating fund and is used solely to further CIACO’s charitable endeavors throughout the year. 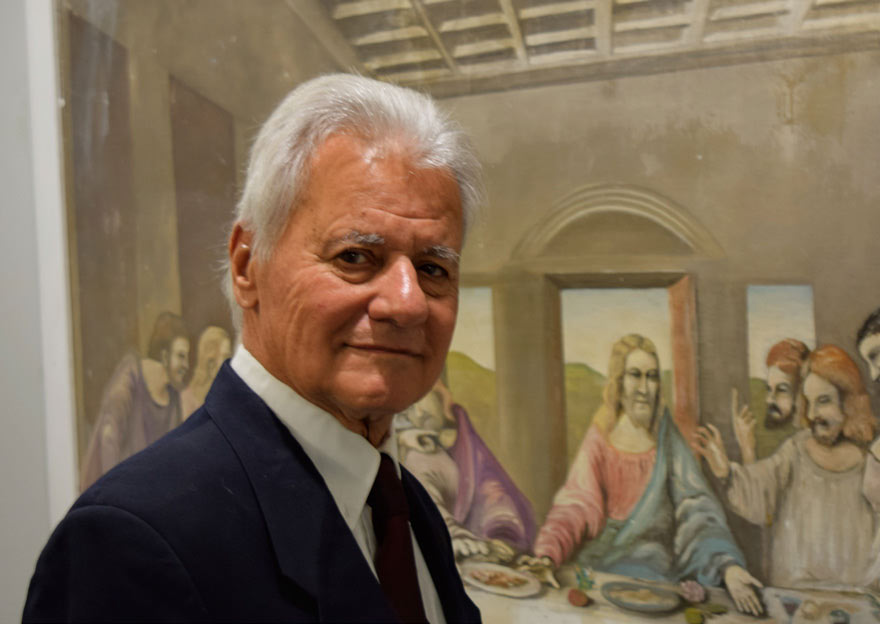 Humanitarian of the Year: George Gatto

A titan of industry and giant of generosity

The Chicagoland Italian American Charitable Organization is proud to honor Gatto Industrial Plating Inc. Chairman George Gatto as its 2020 Man of the Year. “George is an extremely successful businessman, but he’s one of the most down-to-earth guys you’ll ever meet,” says Tom Reboletti, chairman of CIACO’s annual Honor and Hope Gala. “He’s not very vocal, but he’s the first to write a check and help the cause.”

One of six children of Dominick and Norma (Gentile) Gatto, George was born on Dec. 9, 1945, at Mother Cabrini Hospital in Chicago. He spent the first six years of his life surrounded by aunts and uncles in a six-flat at Polk and Kedzie owned by his maternal grandfather. He traces his roots to Bari on his dad’s side and Calabria on his mom’s. Though his parents were both born in America, Italy still exerted a strong culinary influence on his upbringing. “Every Sunday, my mom would cook pasta with neck bones and meatballs and we would have dinner at 2 o’clock,” he fondly recalls. “We would go out and pick dandelions for salads, of course, and we had a tomato garden in the back.”

A less-than-stellar student, George was still a couple of courses shy of a diploma after four years in high school, and he had a choice to make. “I was planning on going back to finish my degree, but my mom asked, ‘You haven’t been studying for four years, and now all of a sudden you’re going to start?'” he recalls with a laugh. “‘Go be a tool-and-die maker. That’s what you want to do anyway. What are you going to waste another year for?'” That’s exactly what he did, working his way up to journeyman before launching his own business at the age of 27. A motorcycle enthusiast, he started out manufacturing and plating springer front ends for Harley-Davidsons like the ones they rode in the movie “Easy Rider.” When that fad faded, he switched to plating parts, mainly for the furniture industry.

In 1976, he joined forces with his father and brother Bob to buy a metal plating company from his brother’s father-in-law, and Gatto Industrial Plating Inc. was born. He and his father bought out his brother a year later. With his dad running the office while he built the business, the company blossomed into one of largest metal platers in the nation. Active in his industry throughout his career, George is a past president of the Chicago Metal Finishers Institute and former executive board member of the Tooling and Manufacturing Association. He currently serves on the board of the Lawndale Business Renaissance Association.

Though he has always been quiet and steady by nature, George had a bit of a wild side as a young man, building and racing top-fueled dragsters right out of high school and then switching to motorcycle racing on the ice in his mid-20s. But he gave all that up after he married Ann Marie Osborn in 1978 and the couple had their first child the next year.

Now George is the chairman of a company that employs 150 people and the proud patriarch of a family that has grown to include company President George Jr., daughter-in-law Melissa, and grandsons George, Teddy and Leonard; and daughter Maria, son-in-law Eric Pearson, and grandchildren Emma and Colin.

George credits his parents for both his financial success and charitable nature. “They instilled in all six of us the value of honesty and hard work and to have compassion for others that are less fortunate,” he explains. To that end, he has given generously to the Shriners, St. Jude’s Children’s Hospitals and Marklund, and serves as a board member of Rainbow Hospice. He has also contributed in the name of St. Francis, patron saint of animals, to PAWS Chicago, the Humane Society and Save-a-Pet.

He was introduced to CIACO by his lifelong pal, Henry Gentile, and immediately liked what he saw. “They’re a great group of guys who do a lot of good for so many people,” he says. “I’m proud to be a member and I’m proud to be honored.”

Sponsor the Honor and Hope Gala